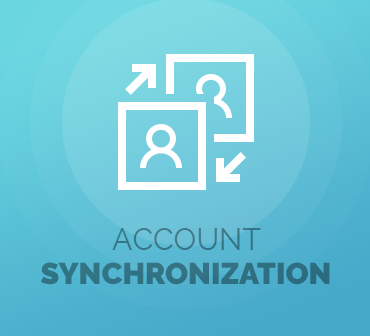 Account Synchronization For WHMCS will allow you to automatically import, export and synchronize accounts of external servers with your WHMCS. With just a few clicks, you will be able to quickly and capably synchronize products, accounts and clients between your systems. Our module is perfectly compatible with all industry giants, that is cPanel, Plesk, DirectAdmin, SolusVM, Proxmox and OpenStack, so you will obviously find something to your taste!

The module will offer you the possibility to automatically set up products for synchronized accounts, create and terminate multiple accounts on external servers as well as define key details of imported services, such as their default billing cycle and the next due date. In addition, you will be able to send emails to your customers upon the occurrence of a certain action. The description would not be complete without a mention of the bidirectional nature of synchronization. Even more importantly, you will be able to configure assorted dependencies between packages on the server and products in your WHMCS.

Why would you ever transfer the accounts and products manually when our module can do all the job for you? Account Synchronization For WHMCS will help you save what matters most in promoting your business efficiency - your priceless time and money. Do not hesitate any longer, place the order today and make your life a whole lot easier!

Enable the provisioning of flexible virtual servers in WHMCS and allow your clients to handle each VPS product remotely: manage backups, access noVNC console and more.

Ensure easy management of inactive cPanel accounts for you and resellers, perform bulk or automated suspension and termination, and send emails about any status changes.