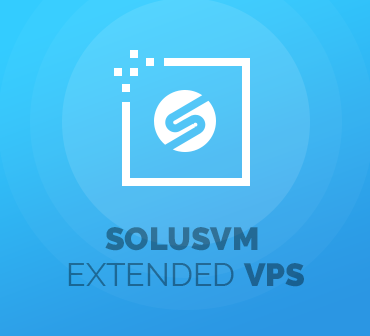 SolusVM Extended VPS For WHMCS will allow you to automate both the entire process of provisioning and all principal actions to be performed afterwards on virtual servers. You will be allowed to set up turnkey products directly in your system thanks to instant access to different configurable options.

Essentially, the module will empower your customers to conveniently manage their machines without ever being forced to leave your client area. They will be able to rebuild the server or shut it down remotely, as well as even boot the machine to the rescue mode in case of its malfunction. As often as they want to, clients will be also free to enter various consoles, manage ISO templates, view usage graphs, and successfully complete plenty other routine tasks.

Set your sights on the twin benefits of broadening your business offer and far surpassing the competition. Place the order for SolusVM Extended VPS For WHMCS today and climb the stairway to success!

The most important difference between SolusVM Extended VPS For WHMCS and SolusVM Extended Cloud For WHMCS appears in the possibilities offered to your customers. The first enables your clients to manage a single, predetermined virtual private server per WHMCS product. The other one allows your clients to freely create, modify, delete and manage multiple virtual private servers per WHMCS product. You can combine both modules together in order to maximize the diversity and attractiveness of your offer.

Enable the provisioning of flexible virtual servers in WHMCS and allow your clients to handle each VPS product remotely: manage backups, access noVNC console and more.

Supply and manage Vultr virtual machines in an automated way, empower clients to control the server status, access the noVNC console, and handle other key components.