Let customers test your offer before the purchase with our Product Free Trial Manager!

How to cut your cPanel costs instantly and stay cost-effective? We know the answer!

The brand-new Password Manager For WHMCS 3.0 with Lagom theme integration is here!

What does the future hold for our WHMCS modules? Reveal the roadmap!

Convenient networks management? Only with the latest Hetzner VPS For WHMCS 1.7.0! 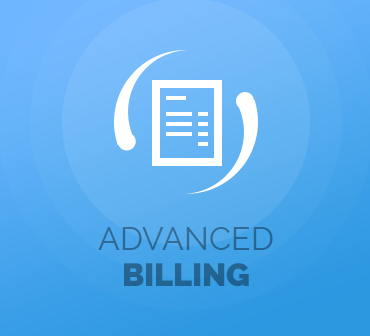 Advanced Billing For WHMCS will allow you to dynamically bill your clients for the actual usage of such server resources as disk space, bandwidth or CPU. The module will also automatically generate and deliver invoices to customers in a preferred manner. As a result, not only will your clients pay only for the resources they have consumed, you will charge them whenever and however you wish!

The module comes supplied with multi-currency support and integration with nearly 20 renowned modules, including those for cPanel, Plesk, Proxmox VE and OpenStack. You will be empowered to select from an exceptional variety of advanced billing alternatives, such as hourly and ticket billing, resource usage billing, credit and prepaid billing, fixed pricing, or even entirely modifiable recurring billing. In addition, products together with configurable options can be automatically upgraded or downgraded following the change in resource consumption. Furthermore, you will easily adjust all basic invoicing properties, as well as define supplemental features, such as the minimum charge for invoices to be generated. At the same time, your customers will be allowed to create multiple email reminders about reaching or exceeding the specified limits of resources. As a bonus benefit, both you and your clientele will be welcome to view and customize dynamic graphs showing the use of resources for each service.

Fully automated in all respects, plus freely customizable billing and invoicing in WHMCS – seems unreal? Not with our Advanced Billing For WHMCS! Start charging your clients for nothing but the resources that turned out to be needed, and let our module handle everything else!

Connect Advanced Billing For WHMCS with EasyDCIM to bill your clients for the used EasyDCIM and server resources! Learn More

Provision DNS and rDNS zones, configure them flexibly through packages, access control tools plus empower your clients to manage zones and records in your WHMCS.

Open up the way to sell and manage virtual servers in WHMCS automatically plus offer remote access to VNC console along with plenty of handling tools in your client area.

Sell products and services under fixed-term contracts from 1 month up to 10 years and manage their crucial features: discounts, breach penalties, renewal types and more.

Enhance your client area with a top-notch suite of Freshservice support tools and keep all WHMCS tickets under effective control without leaving the Freshservice platform.