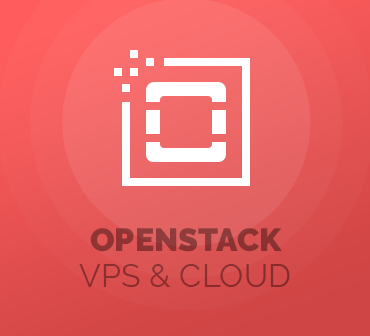 OpenStack VPS & Cloud For WHMCS will allow you to automatically provision virtual servers and manage their crucial features straight in your WHMCS. By providing support for over 20 different providers along with a variety of configurable options, the module will help you offer flexible machines that will please even the most demanding clientele.

Our product will supply your client area with essential equipment for handling VPS servers. Your customers will be able to order instances tailored finely to their needs and control each of them remotely, overview the server status and scheduled tasks, manage backups, firewall rules as well as volume snapshots, and even access VNC, RDP, SPICE or Serial console without leaving your website. Among a great many actions you will be free to perform as an administrator, enabling the rescue mode might be of particularly high value as it will permit your customers to retain access to their servers in case of any malfunction. The special importance lies also in the ability to load custom scripts to be executed automatically upon the first boot of an instance.

OpenStack VPS & Cloud For WHMCS is a remarkably powerful tool in the hands of everyone who wants to blaze new paths in the industry and deliver OpenStack virtual servers with never before seen ease and efficiency. Order the module today to reinvent the customer experience and stay way ahead of the pack!

The module is fully compatible with cloud hosting solutions offered by OVH Public Cloud and Limestone Networks, allowing you to automatically supply and manage their virtual servers in your WHMCS. View the full list of supported providers in the section below.

Extend billing models and customize invoice delivery to charge your clients for actual server resource usage, opened tickets, each hour of product use and more.

Empower your clients to freely create, resize and upgrade virtual servers within put resource limit, enable remote access to consoles and other profits in WHMCS.

Automate the supply and careful oversight of virtual machines in WHMCS and empower your clients to remotely handle servers, access various consoles and more.